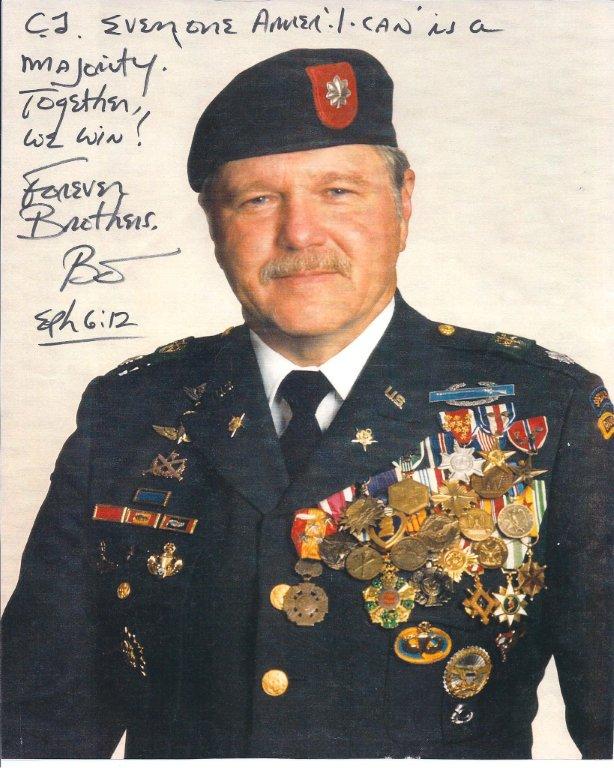 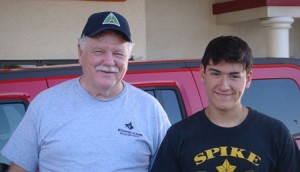 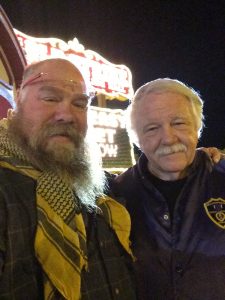 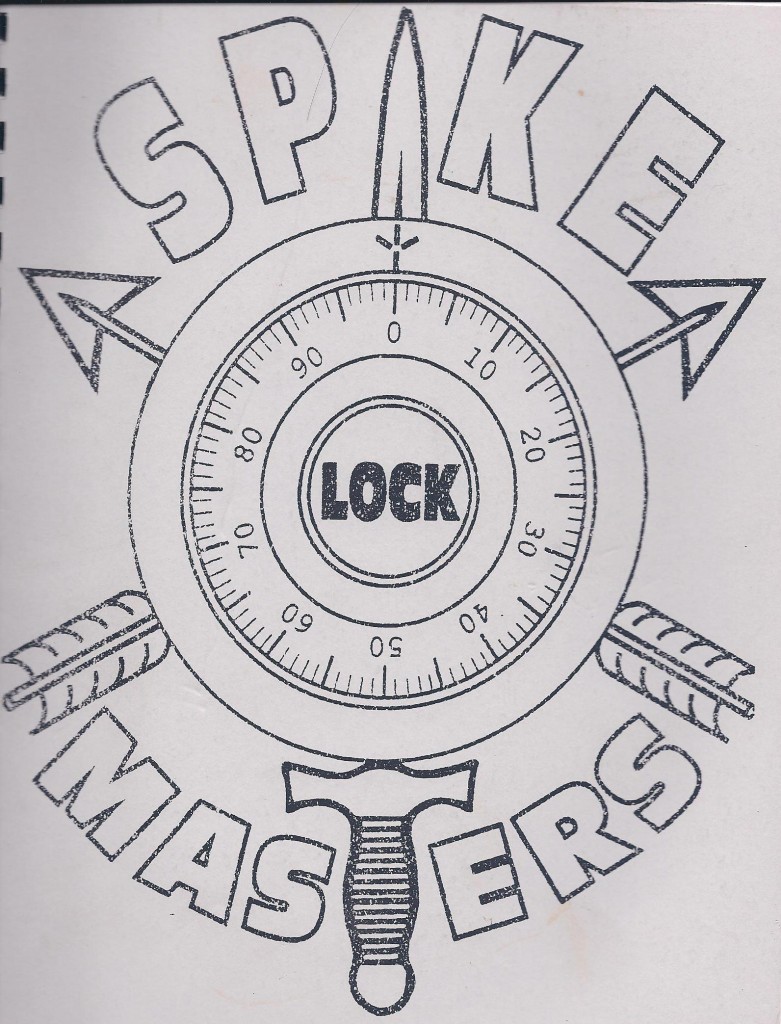 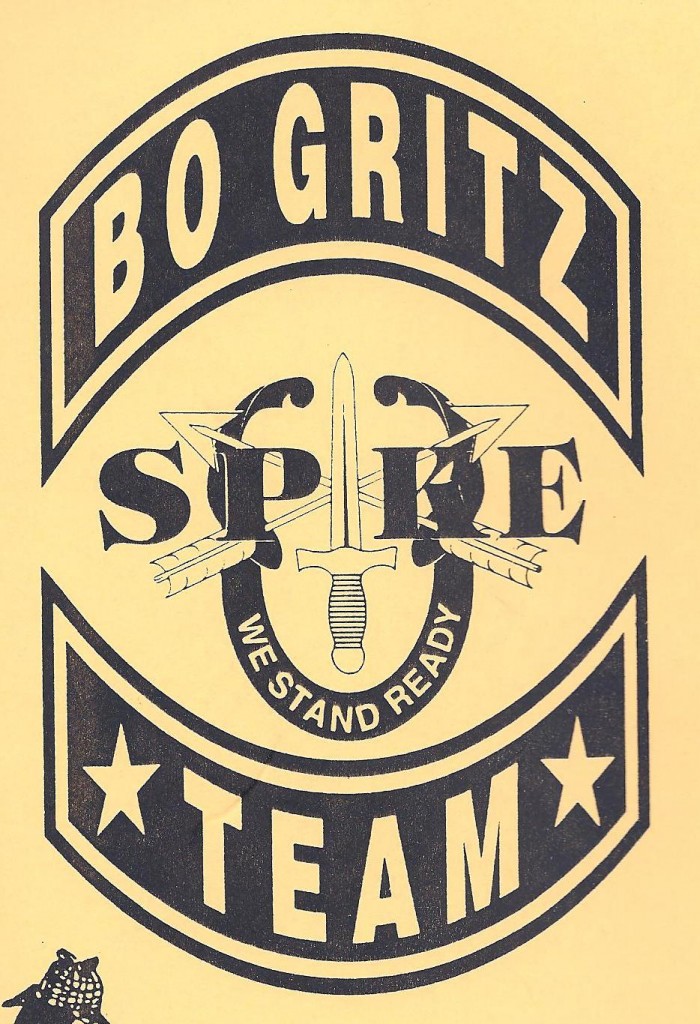 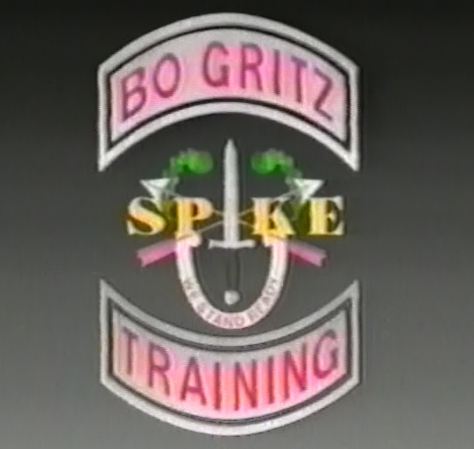 The Origins of SPIKE

SPIKE is the brainchild of Retired Army Col. James “Bo” Gritz.  Col. Gritz is a legend in the Special Operations world.  As a Commander of Special Forces with 5 tours of duty in the Viet Nam conflict and his continued work towards peace and liberty within the borders of the US, he has intervened in a number of national headline stories including the siege at Ruby Ridge and others.  Bo is most notably known for his expeditions to Southeast Asia in search of living American Prisoners of War.  He is considered by most, to be the living model for the Rambo character in the First Blood/Rambo movies series.

After a lifetime of experiences and seeing our great nation headed in a direction away from the constitutional protections, meant to be afforded, to every American, Col. Gritz decided to share his entire toolbox of training experiences with any law abiding American citizen that was interested to learn.  From that SPIKE, Specially Prepared Individuals for Key Events was born.

Starting in January of 1993 Bo crisscrossed the United State with his mobile SPIKE training team for nearly 4 years.  Bringing subject matter experts to share their knowledge in every area of the SPIKE training program, using multi-media, lecture and hands on training for a high impact learning experience.  Col. Gritz’ approach to training, like in the Army Special Forces, was a teach the teacher style of training so that the information could be easily shared and passed on to those that could not attend.  The entire program was video taped and turned into about 100 hours of the best information available on the planet.

In addition to the 12 phases of the original SPIKE program, a number of SPIKE specialty courses followed to bring those interested, to higher level of skill sets and knowledge in SPIKE Airbourne, Underwater Operations and Combat medic to mention a few.  What ever you do SPIKE was designed to improve every aspect of life.

Below is a brief biography from Col. Gritz’ website.

James "Bo" Gritz was born 18 Jan 1939 in Enid, Oklahoma, and raised by his maternal grandparents. His dad, Pilot-Lieutenant Roy L. was killed in World War II. Bo was born to be a warrior and was in uniform through Cub, Boy, Explorer Scouts, Cadets, and into camouflage as an Army Paratrooper, Ranger, and Green Beret. Bo spent 22-years in the military rising through the enlisted and officer ranks. He served as a Green Beret commander in Southeast Asia from 1964-69. General William Westmoreland featured Bo as "The" American Soldier in his memoirs, A SOLDIER REPORTS. Bo was the Intelligence Officer and Reconnaissance Chief for Delta Force, commanded the first guerrilla forces which expanded into a Mobile Strike Command of 3,000 mercenary and free-world special operations forces. He was decorated 62 times for valor, including the Conspicuous Service Cross, the Combat Infantry Badge, 5 Silver Stars, 2 Legion of Merit, the Distinguished Flying Cross, the Soldier's Medal, 10 Bronze Stars "V," the Purple Heart, Air Medals for Valor, Army Commendation Medals for Valor, Crosses of Gallantry with Palm, VN Medal of Honor, 2 Gold Medals of Cambodia, 2 Presidential Citations, etc.

Bo is a Master Parachutist, Military Scuba and Salvage Diver. Upon return from Vietnam, Bo entered the Ministry and has served God as an Eternal Warrior since. The military further groomed him to be the first military attaché in China (1969-70) and he remains fluent in Chinese Mandarin. He also was school trained in African Swahili. Bo was assigned to the Pentagon General Staff as Chief of Special Activities (1972-73). He was selected to command Special Forces in Latin America (1975-77), and returned to the Pentagon as a Chief of Congressional Relations for the Secretary of Defense (1977-79).Bo has a Bachelor of Science from the University of Nebraska in Law & Corrections, a Master of Military Science (1971), Master of Arts in Communications from the American University (1974). Bo is a certified Hypnotherapist; has a Nevada Teaching Certificate; is accredited as a 6th Degree Black-belt and the Chief Instructor for the American Council on Karate Instruction. He is an active FAA Flight Instructor and Commercial Pilot.

Bo was asked by the Defense Intelligence Agency to go in search of U.S. POWs in October 1978 and became a Principal Agent for the NSC's Intelligence Support Activity. Bo has worked undercover as an Engineer for Hughes Aircraft Company (1979-80). He entered Burma's infamous Golden Triangle at the request of the White House and returned with the identity of several high level Executive Branch officials involved in illegal drug trafficking (1986).Bo wrote the book, CALLED TO SERVE after being acquitted of federal charges when President George H.W. Bush ordered U.S. Attorney William Maddox in 1989 to "Get Bo Gritz!" The book and video (NATION BETRAYED) are available through CFA. Bo has trained Afghan Freedom Fighters (1986); been an Advisor in Saudi Arabia, and conducted special operations in Africa. Bo intervened to end the federal sieges at Ruby Ridge, Idaho (Randy Weaver) in 1992 and the Montana Freemen. He organized Task Force Cross to aid in the fugitive recovery of Eric Rudolph in 1998. He has been invited to testify before Congress on five occasions and has been featured in numerous books, articles, and film documentaries on special operations forces.Bo organized the Center for Action in 1989 to bring accountability and responsibility to government. In 1992, he was the America First Coalition candidate for President of the United States. Bo initiated his SPIKE (Specially Prepared Individuals for Key Events) Training program in January 1993 with the purpose of qualifying American citizens in Special Forces Skills. The 12-phases of SPIKE each covered a self-defense course, a medical portion and two specialty training segments.  Bo has written numerous field and technical manuals supporting the SPIKE videos.

Besides SPIKE, Bo conducted several special courses in Airborne, Underwater Operations, Weapons, War Fighting, Intelligence & Operations, Combat Medicine, and Explosive Ordnance Disposal. He concluded his hands-on training with a Grand Ultimate SPIKE held in the Southern Nevada desert, in the spring of 2002. All previous instruction was video recorded and supported with hardware and field manuals.Bo has a new book, My Brother's Keeper, detailing his personal involvements in saving oppressed Americans. In August 2000, Bo made a call for Americans with a desire to serve God to join him as members of the Fellowship of Eternal Warriors FEW. Bo wrote a Newsletter for 10-years for people who cause events to happen rather than wonder what was going to happened. He continues to hosted a radio talk show, FREEDOM CALL on the American Voice Radio http://www.theamericanvoice.com/ and can be heard weekdays at 5pm EST.

He is married to Judy Gale from Kentucky. They reside on an airstrip 50-miles southwest of Las Vegas, Nevada.  Now in his mid 70s Bo continues to teach Karate to students of all ages in his community DoJo in Sandy Valley NV.  Bo and Judy are animal lovers, love to ride their Harley Davidson, walk the runway at night, and fly their Cessna-310 Riley Rocket to places of appointment. 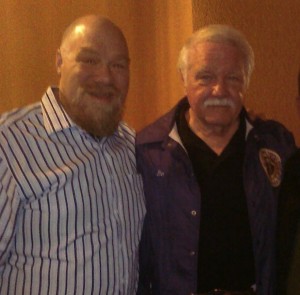 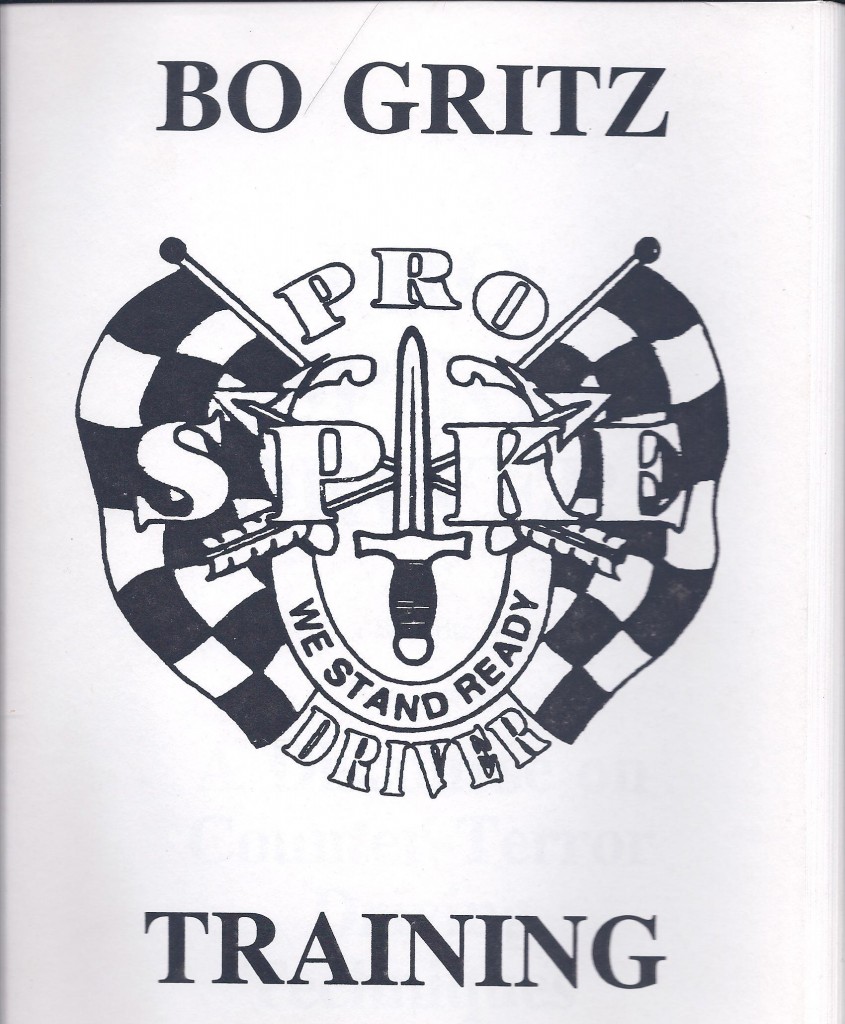 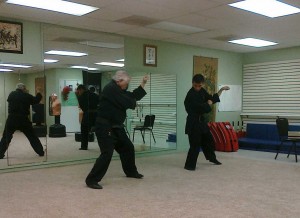 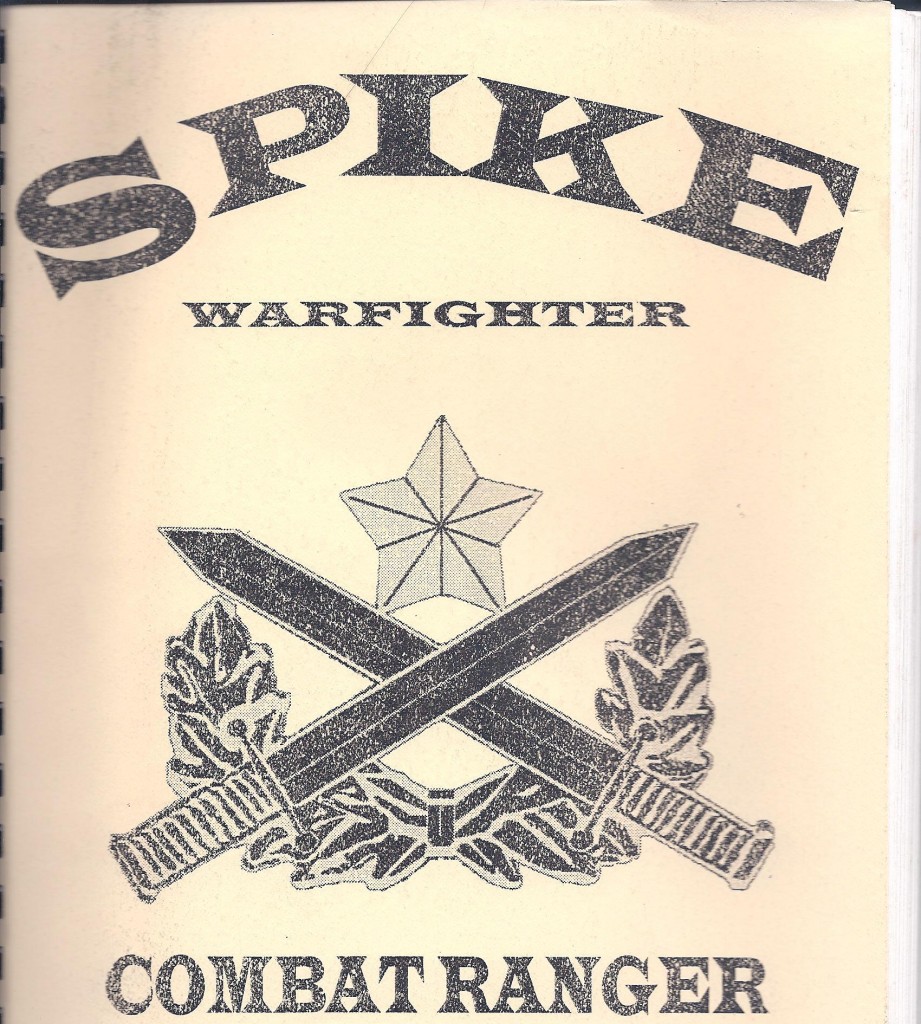 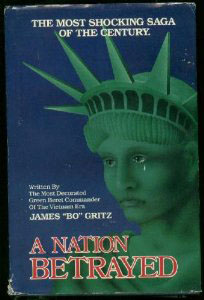 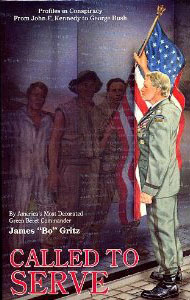